In English ... Excuse me for my school (Poor) vocabulary.
Today, probably the best minis in my Chaotic collection, Two chaos champions "The Reaper" & "The Champion in Bone Armor",a Jes Goodwin production. I remember when I seen them for the first time, so dark in their position... really impressive. They attracted my young mind in the chaotic way and since I never stop to collect and paint this marvellous range. Now they're "Vintage" but for me they symbolise the spirit of the Realm of Chaos era.

First, "The Reaper" this guy can easily be a Sorcerer but I use it as a Chaos Hero.Static position, OK but just look his left hand in cabalistic position, what He do? I don't know but It's suffisant to impose his power to other chaos followers, I love this mini's. "The Champion in Bone Armor", the same think for that spectacular Chaos lord, static but with a simple finger He orders and leads his horde.

I use brownish colors for dress, Blue armors with gold rivets. I add some rusty effects and damages to enrich the NMM. Checkerboard (?) border on dress for a J. Blanche style. 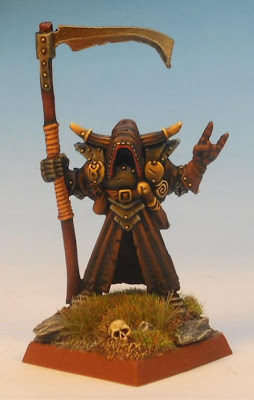 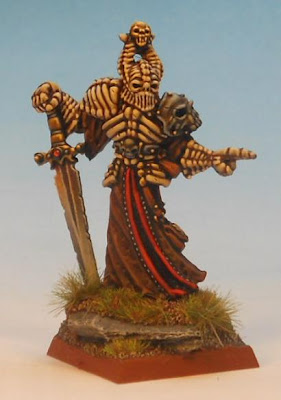 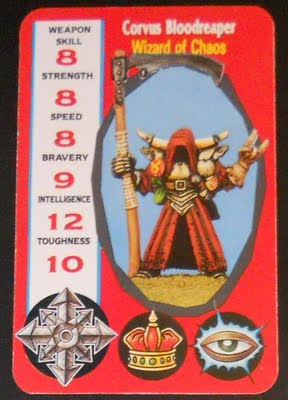 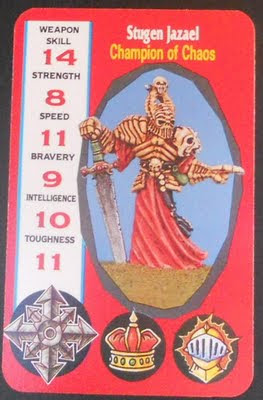 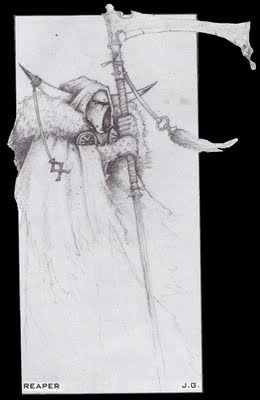