Hey guys! I share with you some scenarios of WHFB,  I started this campaign before the quarantine with my brother. The Dwarf realm is invade (again!) by a huge punitive Aaaaagh!! 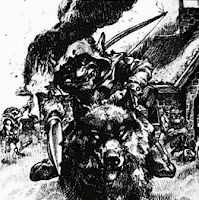 Three battles in a mountainous landscape, it's an occasion for me to creat new elements of sceneries. I focus my work on the 4 massive cliffs (12'x24') and the fortress gate for the last battle (12'x48').

I was inspired by campaign show in the excellent WHFB supplement Blood in the Badlands and the Battle of the East Gate of Karak Eight Peaks. I gonna post some pictures and battle reports in few days. Good readding! Illustrations by Paul Bonner and Map illusrations by Nico !

THE WORLD EDGES CAMPAIGN
It is the year 5513 (Dwarf Date) in the Old World. A massive Dwarf army from Karaz-a-Karak has destroyed dozens of Goblin bases in a heroic raid on the Mad Dog Pass.
In response to this outrage, a massive Orc army has assembled and it is now journeying north, towards the pass, from the southernmost parts of the World's Edge Mountains. The plan is to put the Dwarfs firmly back into their stunted place! 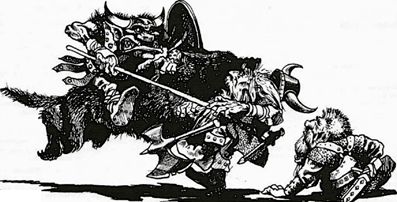 BATTLE 1: BEACH HEAD
The O&G army crossed the Death Pass and launch his vanguard to make a breakthrough in the Stunty Dwarf Realm. It’s  necessary to set up a beachhead for the rest of the Aaaagh!. Stunties are been taken by surprise!

Deployment: Dwarf player deploy all his units in First. 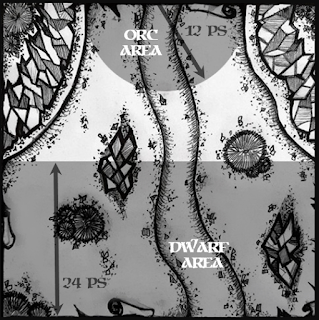 Objectives: The dwarfs are defeated if all their banners are captured or if 6 units of O&G are present in the dwarf deployment zone at the end of the 6th turn (Not counted: Characters and War Machines)

Victory: The victorious general will engage his reinforcement one turn earlier in the last battle.

BATTLE 2 : WHERE’S THE BAGGAGE?
The rear-guard of the Green Skin army was ambush by a large force of weirdbeard runt guys. After a bloody battle, the rear-guard was defeated and abandoned the precious baggage of the Aaaaaagh. Dwarves have no consideration for this heap of rubbish Orc things but they will use it to baiting the rest of the O&G army. The Mad Dog Pass will be the tomb of the Green Skins. 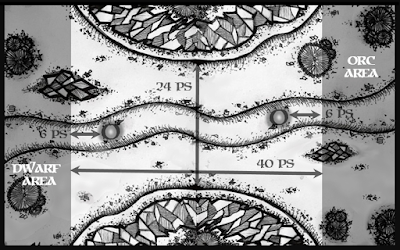 Sceneries: To represent the lost bagguage, place two counters as show on the map below

Deployment: Alternate deployment unit by unit. The Dwarf player start to deploy one unit and alternate with O&G player. Dwarf reinforcement arrive at the 3rd turn. 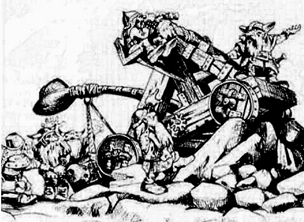 First Turn: Players throw a dice. The higher score start the first turn. The first player who finish to deploy his units add +1 to his score.

Objectives:  Control the most of objectives as possible at the end of the 6th turn.

Victory: For every objective controlled by the O&G player, he can add 150pts to his army list for the last battle.

BATTLE 3 : STAND FAST!
Dwarves have suffered heavy casualties and decided to organise the general retreat in their realms. The Dwarf army dispersed his troops in several parts and two contingents try to reach the nearer stronghold by different paths. Unfortunately for them, this stronghold was captured by the Greenskins since few day and the Stunties walking into a deadly trap. Orc warboss planned to surround and cruch the Dwarves at the gates of the Stronghold. The only way for Dwarves to survive longer is to rush the gates, remain barricaded inside the stronghold and alert a rescue force. 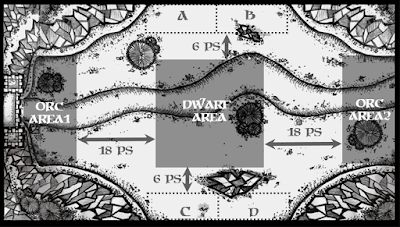 O&G Army and deployment:
Note : Only one force can be deployed in the area A, B, C or D. First come, first served! 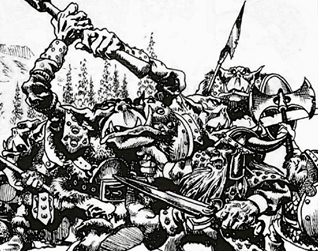 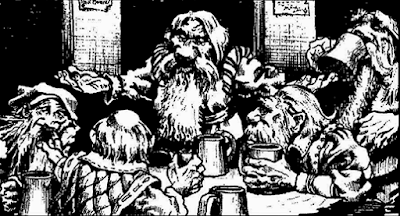