Hello Boyz! Summer time, holidays, vacation... and painting sessions! Yep, I keep the mojo and I continu to work on the project. Not only on the painting models but also on the scenario.

In the next post, I will develop How I want to play the Battle of the Farm scenario but for the moment some words to make you underderstand my work. I want to integrate some elements of the Worl War 1&2 in the Rynn invasion context . The principal reason is the Ork style of the late 80's. Clearly, lot of models  have the German WW1&2 style and I love it. So I want to go further and move "The Battle of the Farm" scenario on a battle field of the WW1 era. With trenches, craters, iconic troops, war technologies, etc... 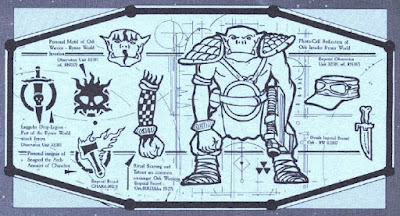 The WW1 German storm trooper is the theme of my Ork force. This iconical trooper is identifiable with his naive camo paint on his helmet, his bags and his grenades. So I added these elements to my RTB02 Ork troopers, my favorit adds are the backpacks who are really fun to sculpt. Other conversion is the most scrappy RT Ork trooper in Fearsome Orkish stormtrooper. I hope you note the conversion of the BloodBowl Thrower in Nobz, Badass!!

Concerning the back banners of the Nobz, I kept the differents Ork symbols of the late 80's like the sword/skull of the Drop Legion and the teeth of the Kulo army. I integrate them in banners with colors inspired by the 3rd reich flag with a focus on the Iron Cross. 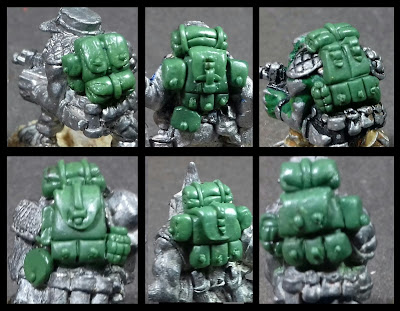 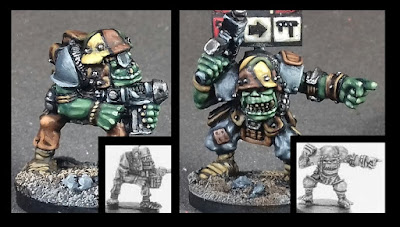