Hello, today I share with you some pictures of « Chronicles of Hate » from Adrian Smith, this comic was translated in French this year and Adrian was in Paris in early June to meet his fans and dedicated his books. A great friend of mine gently bought one book for me, thank you Julien . Adrian S. nicely drew a card and dedicated my book.

It’s a graphic story where dialogues are useless, you jump from strip to strip, to discover the quest of a three legged mutated man in very dark heroic fantasy world. A Black and white comic really pleasant to read. 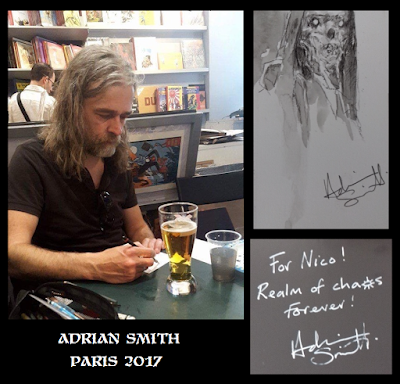 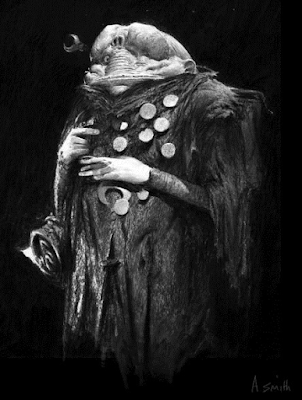 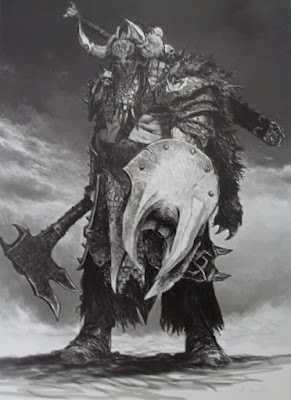 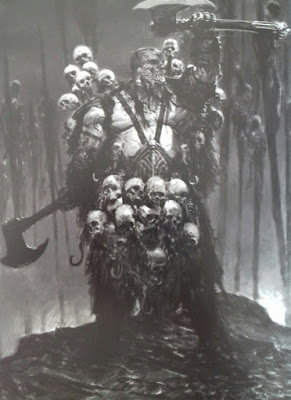 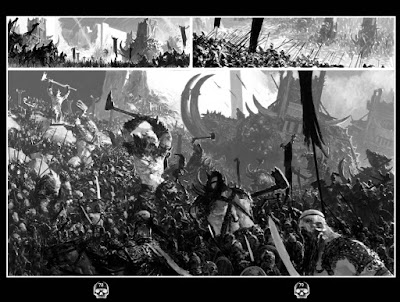 Some illustrations of Adrian from Slaves to Darkness, these illustrations was my first step to understanding the Chaos concept. In early 90’s I was too young to translate the English texts, so,  I built my own definition of Chaos with the Adrian illustrations. So much good memories. 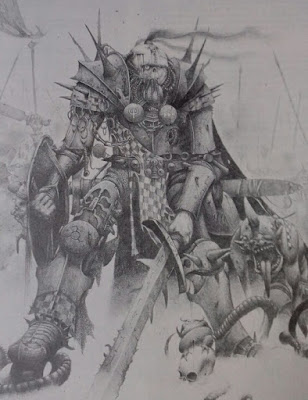 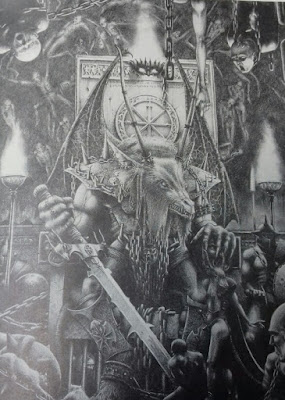 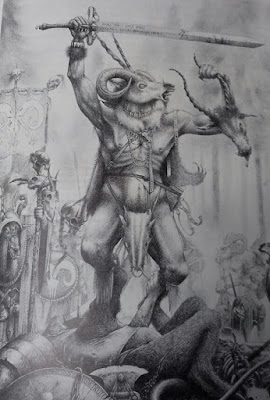 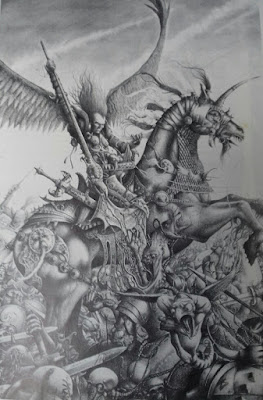 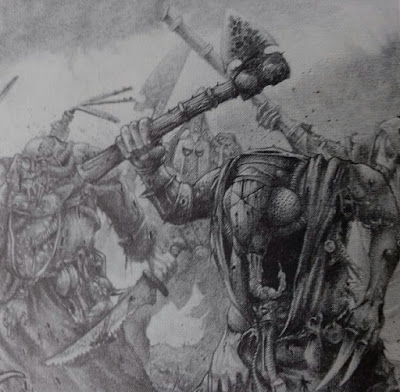 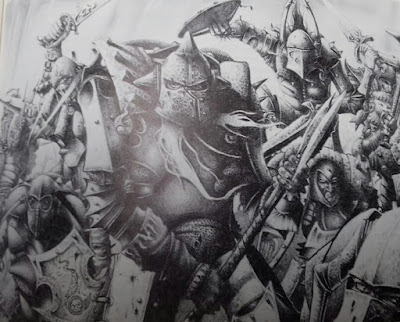 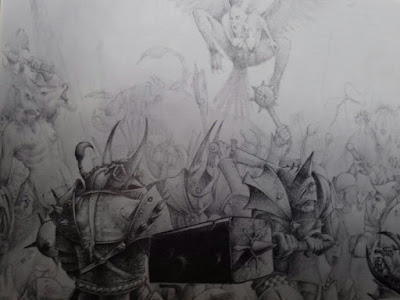 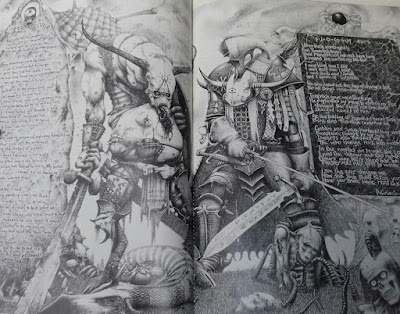