Hey! The Cannons of Khorne are one of the most hideous engines of destruction created for the Blood God Khorne by the Chaos Squats. Huge carriages of blackened steel ornated with brounze skulls, Cannon mount a single heavy tube banded with brass and steel flaring towards a gigantic gaping muzzle. Cannon of Khorne rumble into battle driven by great pressure engines which push them forward on creaking wheels. The charge a Cannon of Khorne fire is dawn from energies of warp space, directed as a skrieking meteor of flame which melt flesh from bone and burns bone to ash. It take a considerable time for a Cannon of Khorne to build up energy to fire. As it does so hellish glow grow in its maw and deep rumble issue from within. 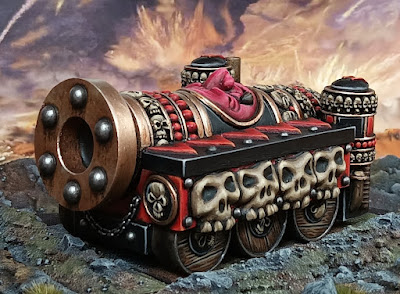 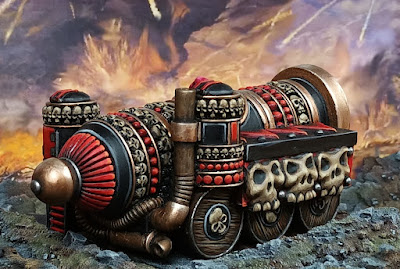 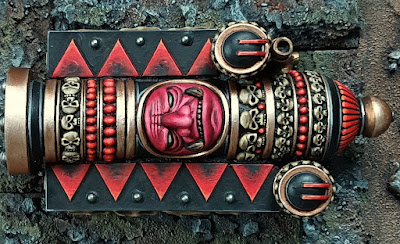 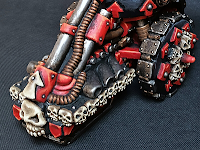 This Epic Chaos engine was bring to 28mm scale by the Armorcast studio during the 90's. My only reproach is the Khorne runes design on the sides and the lack of small details. So I remove the runes with a dremel and replaced them by huge naive skulls inspired by those from the rear side of the Lord of Battle. Also added some giant nails and chains.ails and chains.