The original scenario is written like a dialog with two sport speakers who describe the situation in a Blood Bowl stadium, it really funny but It’s too long for me to translate it (sorry). In summary I purpose you my own version.

We are in the Groenwald Blood Bowl arena and the match oppose the Orcland Raiders to The Fearsome Ratskins. Stadium stand are full of furious supporters and players are waiting in their half. In the center of the pitch, one player of both team and the referee flip a coin to decide which team chooses to kick-off or receive the ball. At this moment, a wad of cash falls on the ground directly from the pocket of the referee… After a brief moment of silence in the stadium, a fight breaks out between the two players, accusing each other of referee corruption!! Pressure go’s up in the stands and the supporters of each team get out of control! The fence chainlink around the pitch it violently destroys by the supporters!! Ho my god … PITCH INVASION!!

This scenario is played only in the stadium, it’s a medium surface 75x100cm. So, both factions are smaller than classic armies. Around 60 miniatures by faction, 10 or 12 soldiers by unit. A GM is highly recommended to manage the hided troops in armies, special events and other non-players troops. Lockers can hides some troops of courses and the fence chain-links have some wounds and toughness skill. Ranked units can be formed only on the pitch and when you move on the stadium stand you automatically loose the base to base contact but all units gain the special troop type:  Scout.


The stadium is the central part of the scenario it’s an unusual gaming table and the best advantage is you have only one scenery to build… But I didn’t want the spend lot of time on. I used my Astrogranite pitch and I managed to create the stand with the less paint job as possible. The principal technic I used is based on glued paper sheets on polystyrene. I created Wood and stone printed sheets with Townscape (pdf) samples I duplicated (here and here). I find some fake Blood Bowl sponsors on web (here and here), I glued them like wood sheets on 2mm cardboard.  Last element is the fence chain-link, I bought this mdf kit here.


That's all for the first part, next parts, I will develop and show you the two factions of supporters! 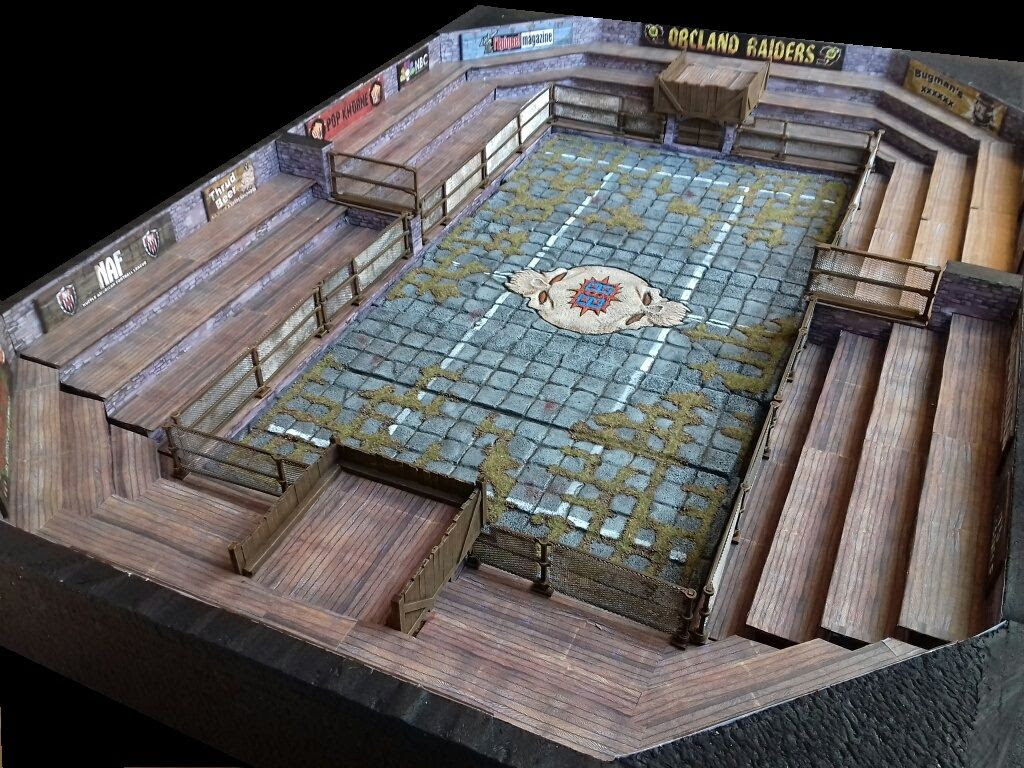 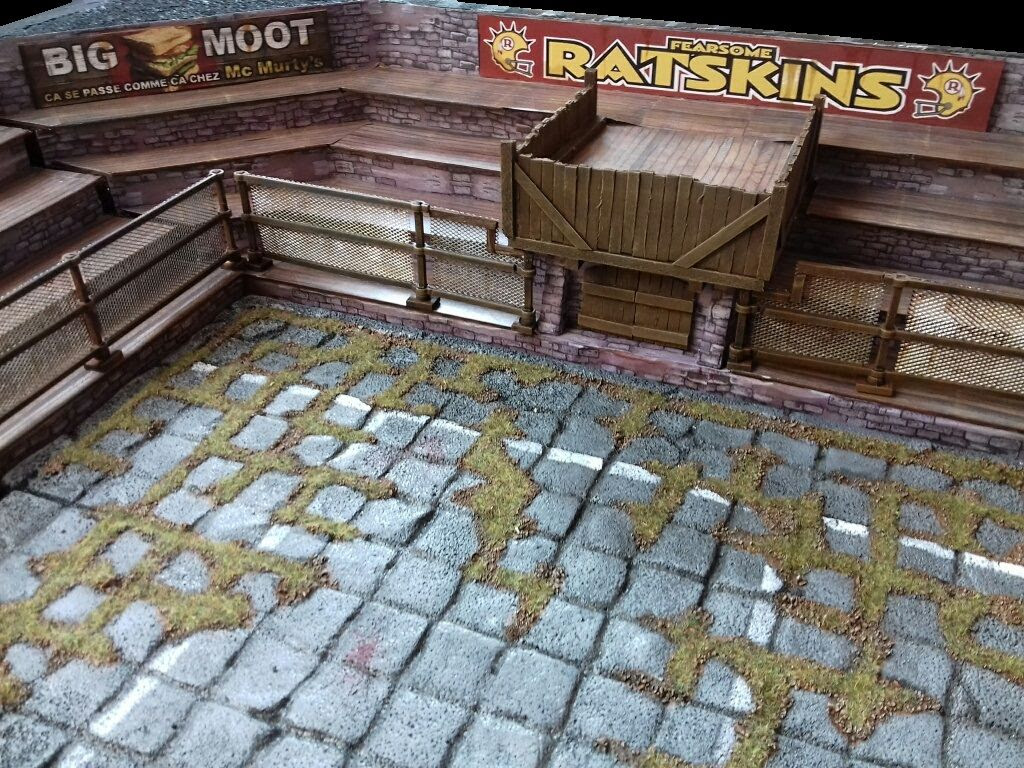 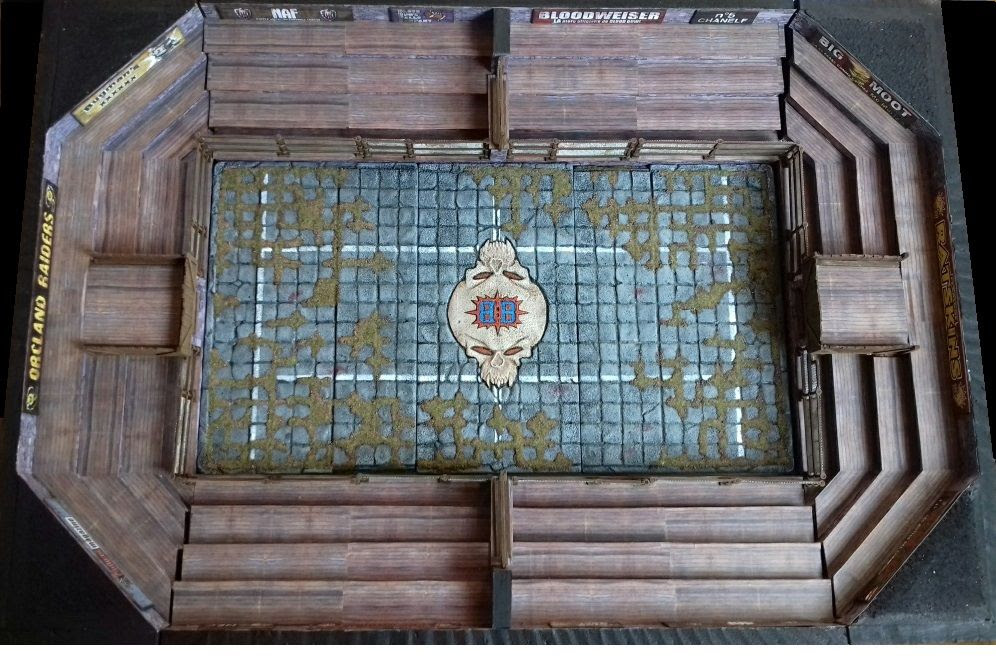 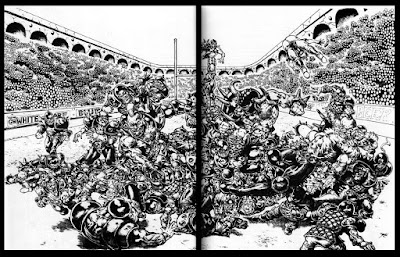