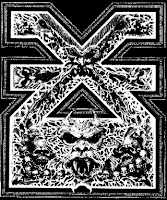 Hey! Something heavy today, a full squadron of dreaded Traitor Terminators. Those veterans are the purest form of Khornate sophistication. Their arriving on the battlefield is synonymous of a great tribute to the Blood God. Relentless, they harvest in opponents ranks tons of Skulls for their God.

Therminator Marines wandered through the warp alongside their Space Marines brethren. theu continu to fight in ancient terminator units which date from the time of the Heresy, and when they die their armour is often takeover by Champions. 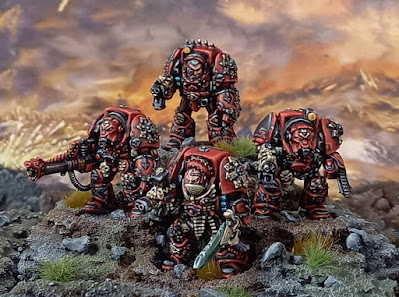 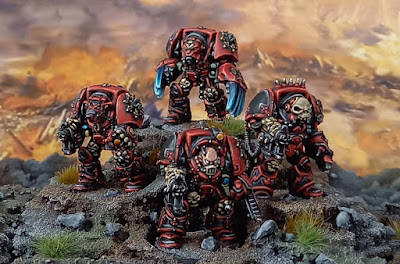 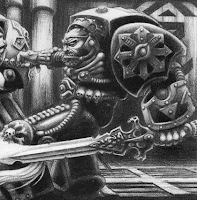 At the beguining of the WE project, I sweared that it's no question to paint a unit of 8 terminators and then, as usual, I did the opposite :) The bigger drawback with them is they are quite few model in the range. So, I remove the standard Chaos Helmets and swapped them by different Greenstuff own works. Based on GS copy of BloodBowl Chaos players and Epic Warhounds head. Also, I corrupted loyal Marines arms to increase the possible equipement options despite the short range available. 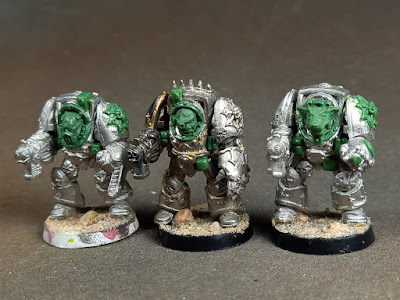