Today we're gonna talk about a huge piece of the Fantasy culture. Like many of you, I succumbed to the temptation to read some Gamebooks during the 80’s. I remember (among others) the reading of The Seven Serpents, the only issue of the Sorcery campaign available at my local library… Not really tasty when you play it as a one shot adventure for sur, this books take senses when you read it with the three other opus of the Sorcery campaign.
To correct this patent lack of FF culture, I make some research on the web. Few weeks later, I found these gamebooks at the foot of the Christmas tree. 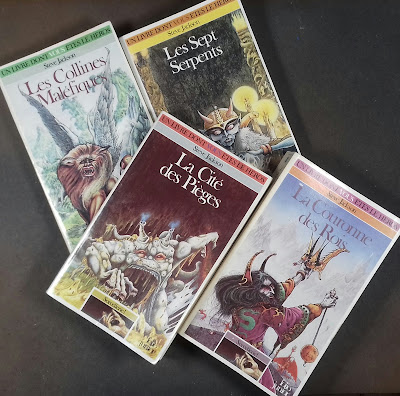 Sorcery is the meeting of two great characters of the fantasy from the 80’s, Steve Jackson and John Blanche. The illustrations realised by the last one are probably the reason of why I’m back to Gamesbooks in 2020. The JB drawing style is really close to the illustration of WHFB 2nd edition, I’m immediately transported into the 80’s when I watch them, very inspiring. 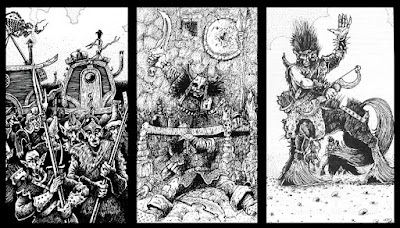 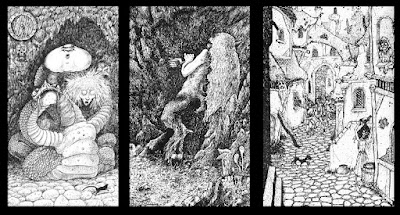 Steve Jackson is the author of the books and I was very (very) impressed by how they‘re so smartly wrote. In fact, I forgotten how much a Gambooks are a cool experience.  The principal characteristic of the Sorcery campaign is the learning of the spells and how to use them during the adventure. Without forgetting the many bridges between the books of the series, the secrets paragraphs, etc… This author is very talented.
Concerning the story, I was pleased to meet a large part of the classic fantasy bestiary across the Kakhabad land. The book take place in different kinds of landscapes like Hills, desert, town and the finish at the fortress of Mampang. So It’s hard to be disappointed with all these good things. 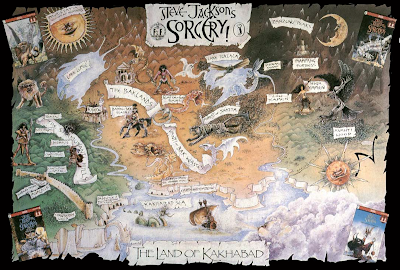 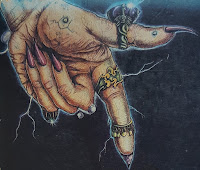 In my first try, my character died at the end of the third book. I feel like I ‘ve been missing out on a lot of things. Played the first book too fastly and avoided to much characters. Largely cheated in the second book after many hours lost in the street of Khare. My conclusion was, my adventure backpack is uncomplet, it miss me some space on my adventure sheet for drawing the map of my adventures. So I redesigned a new adventure sheet, I added more space to write all the items grabbed across the campaign. I splited the sheet in three parts. When I fold it in a tryptic, I can use it as bookmark.
﻿﻿

The gaming difficulty grow book after book. The last book is the harder of the campaign, the informations collected in the third book are very usefull. This last adventure take place basicly in the fortress and you visit it like a dungeon. If I have some advises for you : Don’t trust anybody and avoid peoples in the fortress!

If you never read these books...I warmly recommend them, not really expensive and a lot of gaming time. See below how many hours (approx.) per book I played in my second try.
The Shamutanti Hills : 3 Hours / Kharé – Cityport of Traps : 5 hours / The Seven Serpents : 4 hours / The Crown of Kings : 6 hours