The Vengeance of the Lichemaster : (Part Five : The Monks) 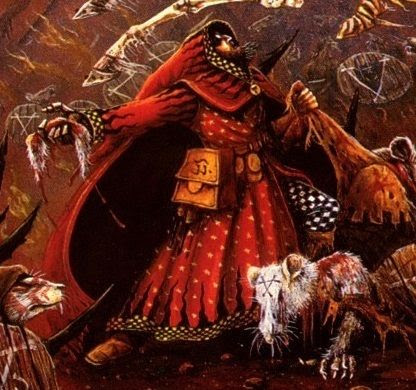 This small monastic community is one of the major cult centre of Taal, and its hierophantic leader Bagrian is an extremely powerful magician. Over the last few years Bagrian has increasingly tired of his quiet rural life, involving himself more and more in strange mechanical experiments. Bagrian wears a hooded cloak and wears the scarlet robes associated with clerics of the god Taal. He carries no weapons, but his mechanical right hand allows him to fight in combat as if he had a normal weapon
I tried to paint this character as the original art work of John Blanche, I’m pretty happy of the result. This model have a very fine sculpt, I dont know who's it creator. 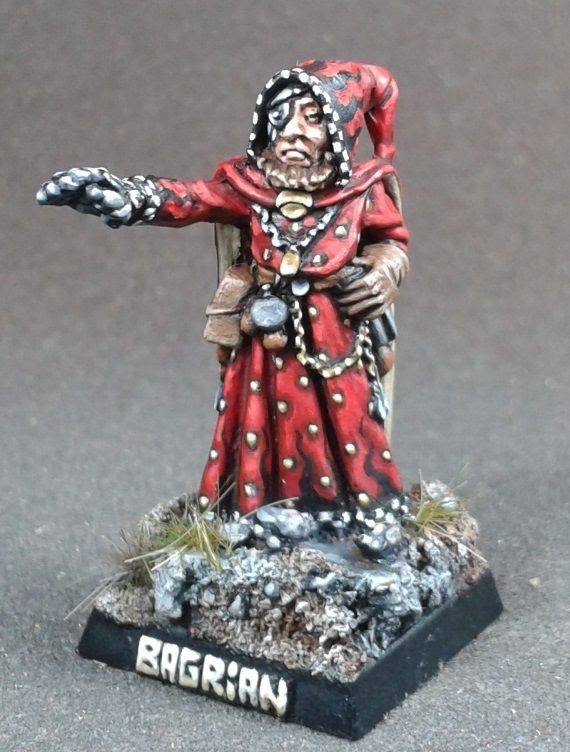 Warrior monks of Taal : These young monks are not yet judged able to progress to magical tuition. However, they are by no means ordinary men. Years of mental preparation and study of the martial arts has iven them considerable fighting abilities as well as unusual mental aptitude. The main problem with cleric’s models, they are hard to collect. It’s necessary to be patient to find them at a decent price. You start the battle with 12 monks but as you can see, it is very difficult to obtain. I admit to have realized two copies of  models in Green Stuff, you see them? You will notice that I transformed shields to unify the Clerics. We name them the monks of Taal, from  the brotherhood of the black cross. 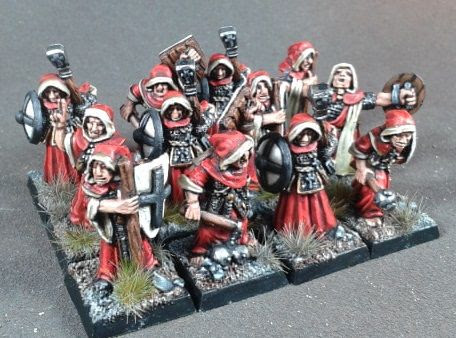 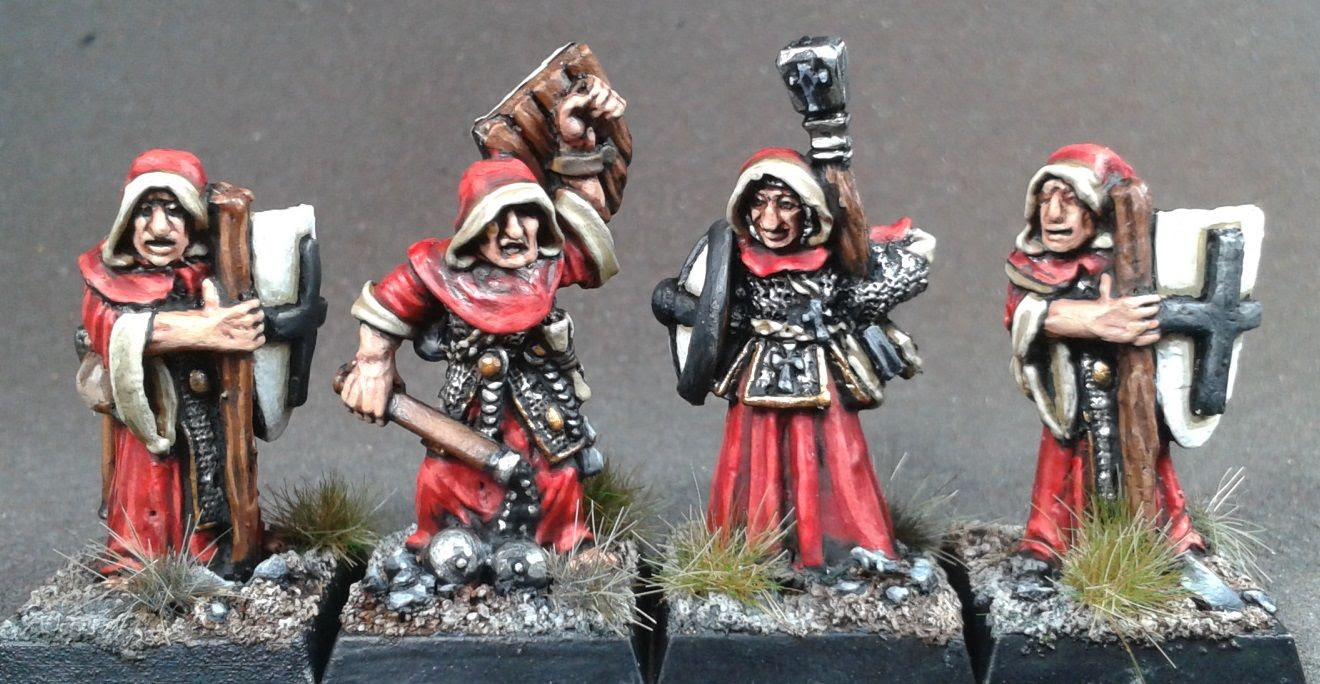 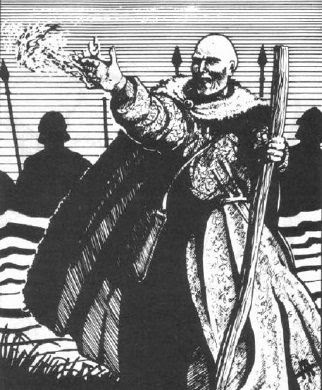 Wizard monks of Taal : These are the older and more powerful of the clerics of Taal, they are fewer in number than the warrior monks, but they are all magicians. As the clerics, the Monks wizards are hard to find. Only 3 chaps on the 5 advised in the scenario.  I planned to paint some reinforcements , that’s the subject of another message… Keep an eye on my blog ! 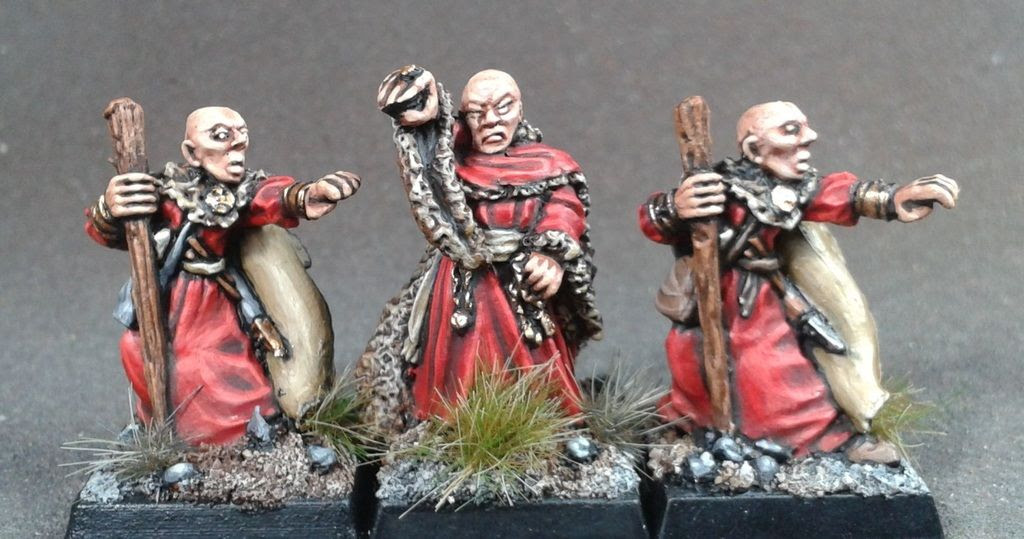 Here is the strange character, why we need mechanical warrior in this scenario? It 's too early to talk about it... This model come from Reaper Miniature range. 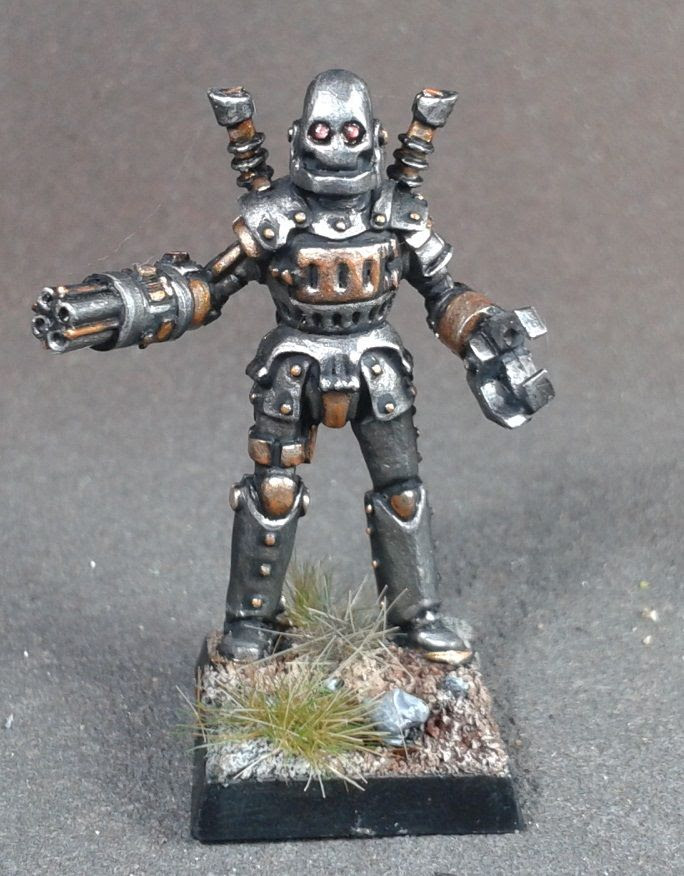 What'next? The Skaven faction of course!