Hi!! I planned to join the annual fest of the old lead at Nottingham (BOYL 2019), this year I bring my Space Hulk and my objective is to play all the week end with plenty of Gentlemen... Multiplayers SH games and the Nexus campaign as Scarlet thread during the week end.

This campaign is very inspired by the "Last Stand campaign" from the White Dwarf 137.  Simple and effective linear campaign. The result of the first three missions influence the fourth (and last) mission. I adapted the different maps of the original campaign to my board, requiring some new sceneries.

I ordered some resin terrains from the Scotia Grendel Sci fi range to creat a thematic for every mission. The cryogenic room, the control center, Cargo bay, etc... Not delivered yet!

For the moment, I focused on the doors and the screens to hide the useless part of the board during the campaign. All these elements are created in calendar card board. The doors (hatch style) are realised with mdf round bases. 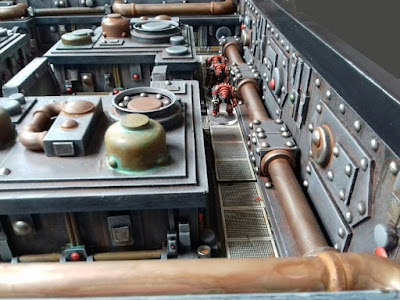 The new elements before the black undercoat. Home made only ! 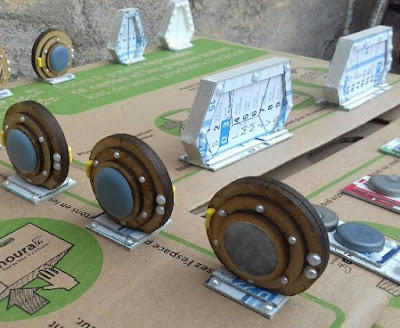 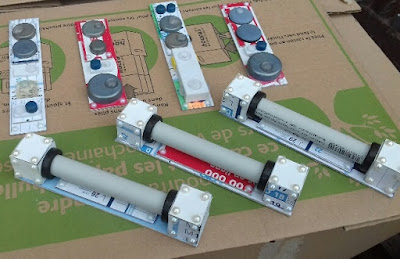